A few years ago I blogged about the concept of Video Tagging and how I was using it to improve performance in my PE Classes. Back then the process was much more involved and required a tremendous level of setup and expensive dedicated hardware and software. This ultimately led to minimal take up within the PE community regardless of the massive benefits to learning.

Flash forward to 2013 and we are now in a position easily tag video with a couple of mobile apps, which have a combined price of $8.48. Not only is this price a mere fraction of the cost involved in the 2011 example, it is without a doubt a much more accesible option for the masses. Check them out below;

FrAppTapp allows users to tag video post activity within the app with incredible power and precision. You can easily import video from your photo library or iTunes and export tagged clips.

While FrAppTapp is useful for tagging video post activity, Video Tagger has found its place with PE Teachers and Coaches as a means of tagging video as the action happens live. Follow the step by step guide to begin using the app like a pro in minutes.

Step 1 – Launch the app and familiarise yourself with the 3 buttons on the tagging screen. The Green arrow shown below allows you to switch between the front and back facing cameras. You can access the settings screen with the Orange Arrow and begin recording with the “Rec” button at the bottom of the screen. 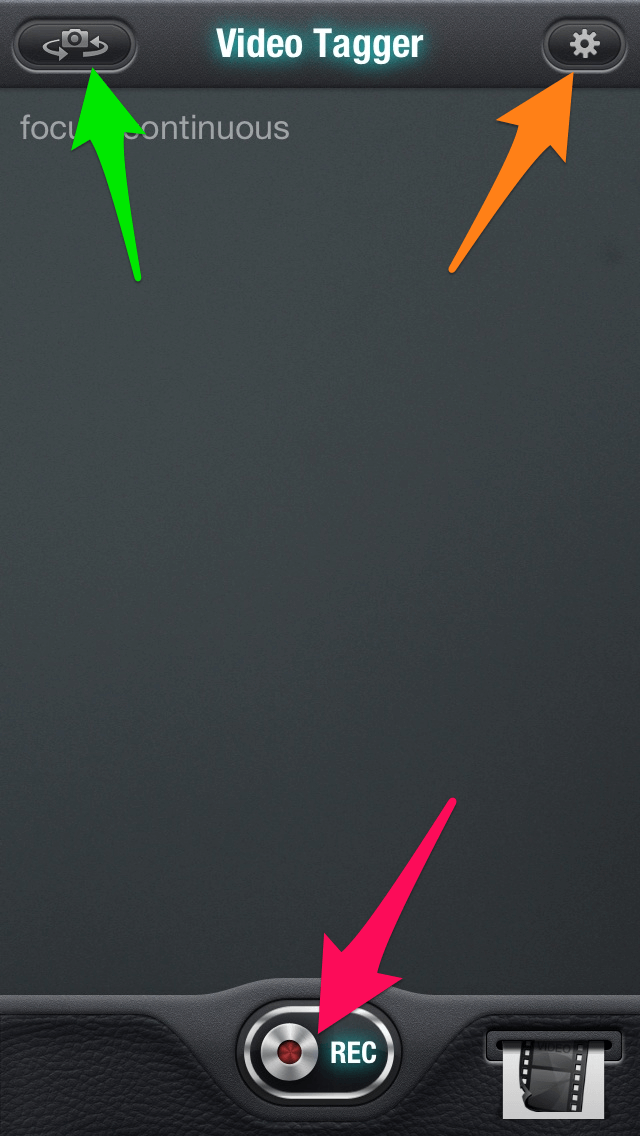 Step 2 Visit the Settings screen to make modifications. You can adjust the lead in and lead out time within the red rectangle. These settings work to ensure that you can identify and tag the events you desire. As you see something of interest you will need to press the associated button, the lead in time is then taken from the point at which you tapped the video, with the lead out time occurring after the tap. Lets say you identified an interesting elements 7 seconds into the video recording and tapped the button, a lead in time of 2 seconds would mean that the video segment would be take from the 5 second point, and with the lead out time of 3 seconds the video segment would end at the 10 second point. This would result in a 5 second video segment which would contain your desired point of interest.  You can also change the titles of the buttons to suit the sport/activity you are observing as well as modify the video quality to  suit. 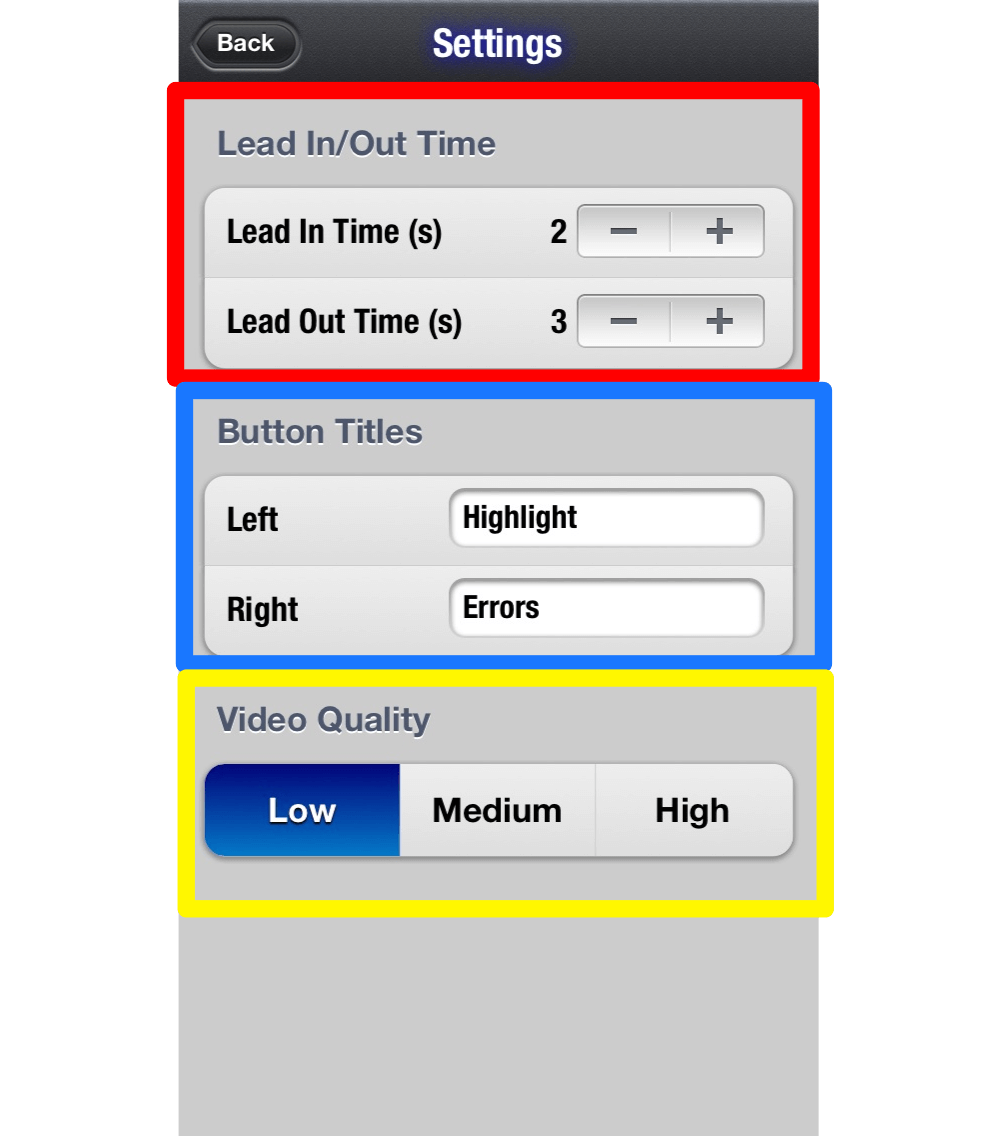 Step 3 Once you have your desired settings. Your ready to commence tagging. Hit the record button to see the screen below. As you witness things of intest simply tap the associated button to tag them for review later. Continue this process and press stop to begin processing. Processing times will vary depending on the length of recording and the video quality. A general rule of thumb is that 1 minute of recoding will equate to one minute of processing. 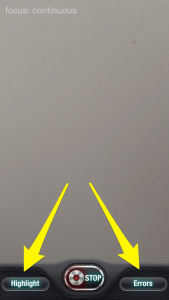 Step 4   Once processing has been completed, you can review your tagged videos by pressing the button identified by the white arrow below . The  merged video section includes the video segments you identified during the live tagging. At this point you can save the clips to your photo library for use in other apps. You can also watch back the entire recorded video 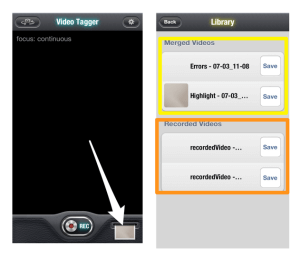 A brilliant tagging tool for Android devices that allows you to tag up to 16 separate events within pre recorded video. 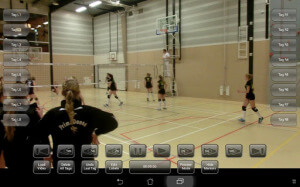 The power of video tagging is most certainly evident within the Physical Education classroom, with teachers now able to quickly create powerful teachable moments using a highlight reel. These teachable moments can be used to enforce the sessions objectives or as a means to motivate learners. So what are you waiting for?  it’s time to get tagging!